Another random concept for a pi-based concept. This one is a lot less ambitious than any possible handheld. The idea is to make a case for the Pi to hold a floppy drive, fan and mSata drive, and then have it look like a work station from the nineties, and then load it up with a customized version of XFCE4.

So why a floppy? Generally because it’s easier to use than a cd (in terms of read – write), and I’m interested in how much data can be packed onto a floppy disk. With source files, it would be interesting to manage them with a floppy (and of course with Git). For the mSata, I’m finding that using an SSD is stupidly faster than using an SD card. I can’t quantify exactly how much better, but everything feels so much snappier to the point where it doesn’t make sense to go back. And lastly a fan, the Raspberry Pi 3B+ get’s stupidly hot. And small fans are noisy, so I want to mount a decent size fan into the case to get air passing over a heat sink.

Approach is going to be start cheap and work my way up. I think I could start with something simple like a clip board, drill holes into it and get stand offs for the parts, and tie cables down, to get a working proof of concept to start. And then from there start figuring out parts I can implement better. I may be able to order custom cut acrylics and work towards a better proof of concept from there. 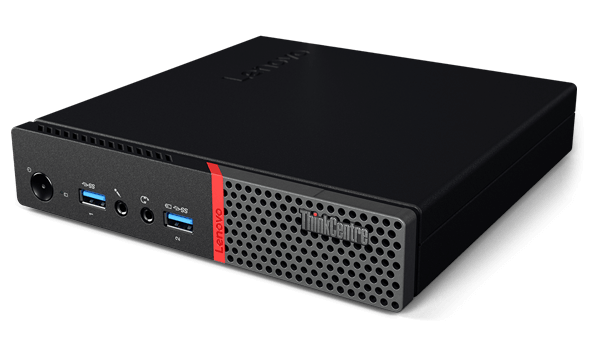 Dropping a picture of the Think Centre desktop to act as a reference.